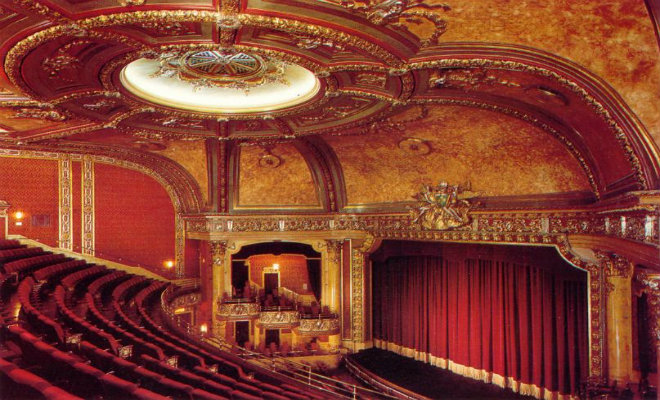 A Night at the Theatre: Part III

Alright, night owls. It’s time for another edition of A Night at the Theatre. Just swinging by Red Beans and Life for like, the first time ever? For starters, you’ve been missing out. Secondly, here’s part one and two of the series. Read fast. Theatre waits for no one (which basically means when they say you have a 10-minute intermission, pee fast, drink fast, smoke fast, and get your cute little behind back in that seat).

As per usual, there’s a ton of excellent theatre happening right here, right now. Let’s take a look-see, shall we?

Peter and the Starcatcher Directed by my friend and fellow Meryl-lover, Beau Bratcher, Peter and the Starcatcher acts as the prequel to Peter Pan, revealing his back story, along with other characters’ stories as well. Led by actors Nick Stephens and Ashley Ricord Santos, this play with music is sure to have your imagination take flight from the moment it begins. The show runs from November 7-23 at Le Petit Theatre and tickets are $35-$50. Tickets are a bit steep for us younger, poorer folk, but don’t let the price keep you from experiencing this event! Le Petit has graciously offered discounted tickets for certain nights of the show (ex. Sundays are “Family Day” so you get 4 tickets for the price of 3), as well as discounted prices for students on Thursday nights by entering promo code LEARN online. You can also volunteer to usher a performance and see the show for free. Simply send an email to [email protected] for more information. I’ve reserved my ushering spot for opening night, so if you see a brunette in heels geeking out while showing patrons to their seats, say hello, because IT’S ME! Brighton, England. 1963. Change is in the air, and Francis Henshall is looking to make his mark. Fired from a skiffle band and in search of work, he finds himself employed by small-time gangster Roscoe Crabbe, in town to collect a fee from his fiancee’s gangster father. But Roscoe is really Rachel, posing as her own dead brother, herself in love with Stanley Stubbers (her brother’s killer) who, in turn, becomes our hero’s other ‘guvnor’. Fighting a mounting sense of confusion, Francis goes out of his way to serve both bosses. But with the distractions of a pneumatic book keeper, a self-important actor and select members of the criminal fraternity (not to mention his own mammoth appetite) to contend with, how long can he keep them apart?

I already have tickets for this show for opening weekend. That’s how much faith I have in the fact that it’ll make me laugh so hard, I’ll pee on myself. And maybe that’s what I want in life. Who knows. With a cast like Chris Marroy, Michael Sullivan, and Kyle Daigrepont (just to name a few), there’s no doubt in my mind that this show will have you sobbing tears of pure, theatrical joy. Located in the heart of Rivertown, One Man, Two Guvnors runs from November 7-22 and tickets are $27-$32. I’m going to sing the praises of my alma mater again and promote their latest endeavor with William Shakespeare’s Hamlet. While I think this is an ambitious show, I have no doubt that it’ll be an excellent production, especially under the directorial guidance of Jim Winter and lead man himself, Sam Malone. I’ve had the pleasure of working with Sam in Theatre UNO’s production of Taming of the Shrew, and he is absolutely fantastic. What a force. Other actors include Stevie Cavalier, Peter Smith, and Trey Lagan and is stage managed by my friend and sister in owl love, Jenny Billot. Hamlet runs November 13-23 in the Robert E. Nims Theatre at the University of New Orleans and tickets are $8-$12.

Childhood best friends, Glory Zico (Becca Chapman) and P.K. Whylde (Matt Standley), reunite in a wild night of dreams to battle their sadness, unravel their complex friendship, and, ultimately, face a looming, dark truth. Throughout the wild ride, Z and P.K. visit their worst fears and challenge one another and themselves as they transform into figures from their lives and imaginations.

Why do I have a feeling this will make me cry? I could be totally wrong, but I just have this feeling that this will make me cry. With actors like Becca Chapman and Matt Standley, I know the performances will be moving. They’re both very lovely to watch onstage, and I’m very much looking forward to this latest piece of work by The Elm Theatre. Performances take place at the Fortress of Lushington November 13-29 with Fringe Festival performances taking place on November 20-22. Tickets $15 for regular viewing, $8 during Fringe and $3 with a Fringe button.

Between Shows: Anything Goes (A Concert Carnival… with Cocktails) See ‘Em On Stage: A Production Company is hosting an evening of music and cocktails at The Shadowbox Theatre on November 10th as a fundraiser for their upcoming season. Tickets are $20 General Admission and $35 V.I.P Admission, which grants you early access for the V.I.P party prior to the concert. Concert begins at 8:30pm, doors open at 7:30pm.

Directly following the success of “Musical of the Living Dead” and right before our winter holiday horror musical: “A Christmassacre Story”, “Between Shows: Anything Goes” will feature some of the most talented singers, actors, and musicians in New Orleans. This “Roaring Twenties” meets modern-day carnival-themed cocktail party and concert event will be an unforgettable and thrilling evening.

Featuring the talents of Robin Barnes, Debbie Davis and Tony Award winner Michael Cerveris, this is an evening not to be missed! Plus, I know for sure that you don’t have any cooler plans for a Monday evening anyway. So, you’re welcome for planning your life for you. I also just read there will be an open bar and hors d’oeuvres. Guests are encouraged to don their fanciest Roaring 20s/carnival attire, but if you want to be a buzzkill and show up in khakis, you can do that too.

Also at The Shadowbox Theatre this month is First Light: a Staged Reading Series! For those of you who are unfamiliar with the term “staged reading”, it is the performance of a play minus blocking (moving around the stage) and minus tech (fancy lights, sounds, costumes, set, etc). This series is geared towards sharing original work with New Orleans. Past readings include Dead Beat by Jason Kerzinski, directed by Frederick Mead and A Rabbi and a Priest Walk Into a Bar by Peter Robins-Brown, directed by Richard Mayer. Upcoming performances include Stuck Together by Steven Guggenheimer, directed by Kaitlyn McQuin Heckel (ahem, that’s ME), which will take place on Tuesday, November 11th and Becoming Number Six by Ross Peter Nelson, directed by Erick Wolfe on Monday, December 1st. Both performances take place at The Shadowbox Theatre (2400 St. Claude Ave) at 7:30pm. There is a “suggested donation” of $5, but if you’re rich, donate $6! Come on out! We’ll karaoke at Kajun’s afterwards.

Presented by The New Movement, Hell Yes Fest is exactly what they promote their event to be: A Bad Ass Comedy Festival, and, lucky for us, it’s taking place in New Orleans from November 12-16! Five days, seven venues, and countless improvers, this festival is sure to tickle your funny bone. Or bone your tickle funny. Or funny your bone tickle. The possibilities are endless, unlike my word mashup whose max was three. Click here for a schedule of events, here to purchase tickets, and here to look at a cute baby picture of a sloth. $20 that sloth is going to Hell Yes Fest.

Quote me on that.

There you have it. Not one, not two, but SEVEN opportunities to spend one of your evenings wisely. Not everything in life is vodka sodas and one night stands. Sometimes it’s good to do your brain and body good by opening your mind to theatre. Funnily enough, you can find vodka sodas at most theatres, and have you seen the babes that go see plays? I mean, I’d politely introduce myself and then play coy or whatever it is that ladies do these days.

Okay now GO SEE SOME THEATRE. And if you have any questions, uh… Google it.

Kaitlyn currently lives in New Orleans and is thankful for that every morning upon waking. She has a Bachelor's degree in Film and Theatre that she proudly earned/bought from UNO. Apart from acting, Kaitlyn enjoys writing, pretending to be a yogi, and drinking multiple mimosas in one sitting.
Previous One Writer’s Entirely Unbiased Gripes Over the Midterm Elections
Next New Orleans Saints Midseason Report